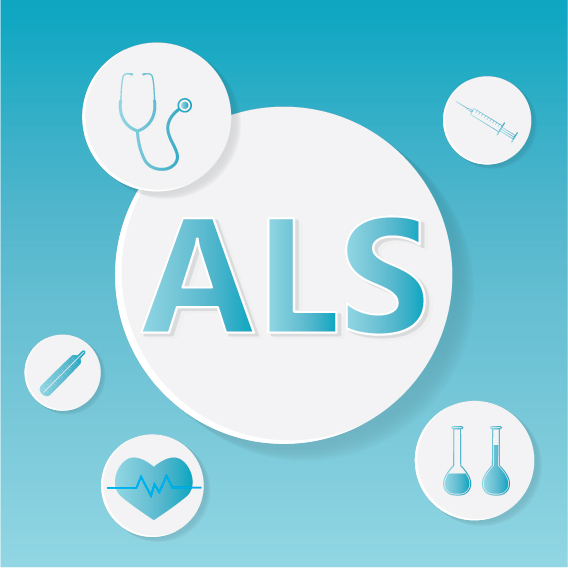 May Is ALS Awareness Month. Amyotrophic Lateral Sclerosis, also known as Lou Gehrig’s Disease, is a progressive neurogenerative disease with no cure. The life expectancy for those with ALS is 2-5 years after diagnosis. I know of 2 ALS patients who credit medical cannabis with keeping them alive for decades rather than years. This article explains the symptoms and causes of ALS. It features Cathy Jordan, medical cannabis advocate, who has lived with ALS for over 30 years.

Cathy Jordan found out she had ALS in 1986 at the age of 36. Her symptoms started the year before when she was no longer able to pick up small objects. Her fine motor muscles stopped responding. She is still alive today and she credits her medical cannabis usage with keeping her disease in check all these years. In 1989, she flew from her home in Delaware to Florida where she smoked her first joint of Myakka Gold. She had connected with a Florida grower in the Myakka River Valley. She is convinced that this particular strain stopped the progression of her disease.

In 1993, Cathy moved her family to Parrish, Florida, and started lobbying her legislators to pass medical cannabis legislation. In 1998, she help start the Florida Cannabis Action Network (Florida CAN), serving as the first president. Although wheelchair bound, she traveled around the state and to other countries, educating people about the benefits of medical cannabis by sharing her success story. Her advocacy has brought many disappointments as well as successes. A  bill named after her, Cathy Jordan Medical Cannabis Act, was filed in 2013 in the Florida Senate. It would have authorized qualifying patients to possess and administer medical cannabis. Sadly, it never made it out of committee.

If this poor family didn’t have enough problems, Cathy’s husband, Bob, was arrested for possession of cannabis plants in 2013. A nosy neighbor saw the plants in their backyard and reported the Jordans to the sheriff. Bob is a disabled Vietnam vet who is a member of Florida Veterans For Cannabis. He was charged with 23 counts of cannabis cultivation and he decided to request a jury trial, claiming that the cannabis plants were strictly for medicinal purposes. Bob developed the strain specifically for Cathy’s condition. The charges were dropped, thankfully!

The prosecution tried to dismiss the case based on the “plaintiff’s lack of standing.” Her lawyers countered that argument by maintaining that Cathy Jordan has standing due to her debilitating illness that qualifies her to use medical cannabis. Her doctor has authorized her to use smokeable cannabis as a treatment. The judge voted in favor and overturned the ban. The state appealed the decision which was pending when Ron DeSantis became governor in November, 2018. He sided with Jordan and threatened to drop the state’s appeal unless lawmakers passed new legislation. In March, 2019, the Florida legislature passed a bill making it legal for adults and terminally ill children to smoke medical cannabis, with a doctor’s permission. It took Cathy 22 years to get to this point!

In an interesting turn of events, Greg Gerdeman, a former Eckerd College biology professor and friend of the Jordans, has started his own medical cannabis business. Gerdeman studied the benefits of medical cannabis and appeared with the Jordans on a panel to support the Florida 2016 initiative. Gerdeman is the chief scientific officer for 3 Boys Farm in Ruskin, Florida. He intends to market a strain of cannabis developed by the Jordans known as “Cathy’s Choice.” Cathy has curtailed a lot of her advocacy after her amazing victory. She hopes to live long enough to see the end of the federal prohibition on medical cannabis.