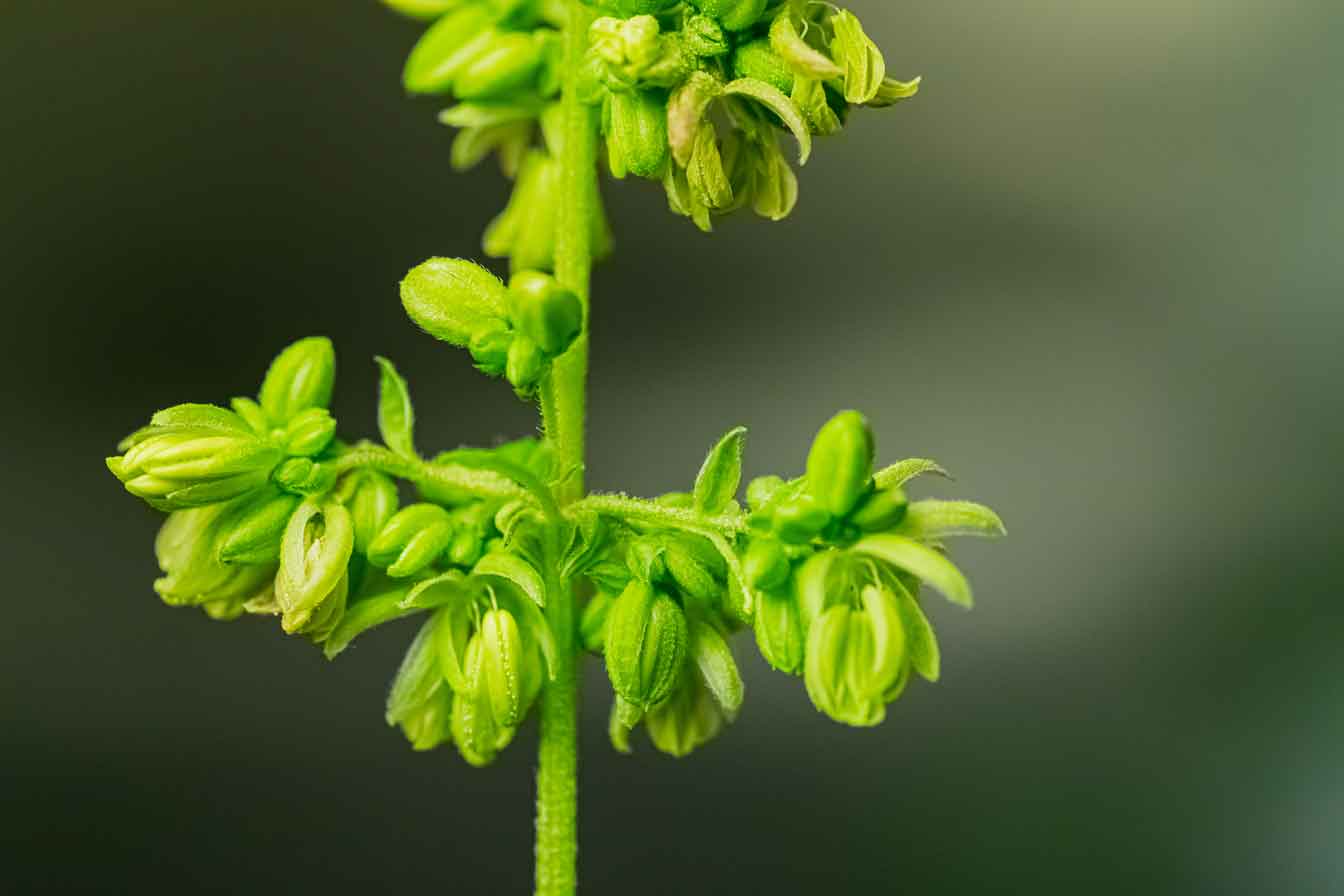 In a new study, partly funded by the Canadian government, researchers have developed a method for storing cannabis pollen for extended periods of time. They have also found a way to establish the viability of the germination of the pollen of cannabis plants. In this article I will define cannabis pollen, will explain how it is transferred to plants and how it is collected and stored. I will cite the study and explain why this development is so important for cannabis breeders and for the entire cannabis industry.

What is Cannabis Pollen?

Cannabis pollen, crucial for the generation of seeds, is the powdery, dusty, typically yellowish material produced by the male cannabis plants or by the male flowers of hermaphroditic, seed-producing plants.

How Is Cannabis Pollen Transferred to Plants?

The pollen must be transferred to the female flower for fertilization and for the production of seeds. It can be transferred naturally for cannabis  grown outdoors; by wind, rain and via insects. For those plants grown indoors, the pollen is transferred artificially. Cannabis breeders take the pollen from a male plant and rub it on the hairs of the female plant. This takes place approximately halfway through the flowering cycle. Cloning is another method used for reproduction.

How Is Cannabis Pollen Collected?

As the pollen sacs develop on the male flowers, they need to be closely monitored by the breeders. It is very important to remove the pollen when the sacs are just about to open as this is the crucial time when the pollen is the most viable.

The best way to collect the pollen is to remove an entire cluster of a male flower and dry it out completely in a sealed container. This should take several days. Next,  the cluster is placed on a micron screen with wax or parchment paper underneath. The dried cluster is shaken lightly until it separates from the rest of the plant and falls though the screen onto the paper. Because moisture has such a deleterious affect on the viability of cannabis pollen, many breeders mix flour with their pollen to keep it dry for long-term storage; 4:1 Flour: Pollen.

The study, Development and Optimization of a Germination Assay and Long-Term Storage for Cannabis Sativa Pollen, was conducted in March, 2020 at the Department of Biological Sciences at the University of Lethbridge, Alberta, CANADA. It was authored by Daniel Gaudet, Igor Kovalchuk, Narendra Singh Yadav, Aleksei Sorokin and Andriy Bilichak. It was published by the Multidisciplinary Digital Publishing Institute (MDPI) on May 23, 2020.

The ability to analyze the viability of cannabis pollen and a means with which to store it for extended periods is important to cannabis researchers, but even more important for breeders. This aids in the maintenance of the germplasm* to use for breeding new strains or for biotechnological and gene editing utilization.

*Germplasm contains the information of the genetic makeup of a species. It is the living tissue from which new plants can be grown and includes seeds, tissue and pollen.

Results and Discussion of The Study

The second part of the study involved the development of a long-term cryopreservation storage system. Pollen cryopreservation is commonly used to preserve the germplasm of both agriculturally and medicinally significant species of plants. It has become clear that there is an optimum water content associated with longevity which is increased by reducing both the moisture and temperature levels. Liquid nitrogen is typically used because it is safe, inexpensive and it retains a temperature which preserves the integrity of the pollen.

It is interesting to note that cannabis pollen stored in liquid nitrogen without the adequate reduction in moisture did not germinate. Pollen cells with high levels of moisture do not survive cryogenic storage, apparently because of ice formation between cells. Therefore, pollen cells must be dried to the point where no freezable water is present. Pollen that was adequately desiccated before being stored in liquid nitrogen also did not germinate. This led to the theory that baked wheat flour would be a suitable cryoprotectant during long-term cannabis storage.

Sufficient moisture was removed from the cannabis pollen before combining it with baked whole wheat flour and storing it in liquid nitrogen. Upon removing the pollen from the mixture, researchers applied it to flowering female plants which resulted in successful seed formation in all the test subjects. Viable germination lasted for 4 months which implies that it may be possible to preserve cannabis pollen indefinitely. This is invaluable for maintaining a large collection of genetics.

cannatechtoday.com, How Long Does Cannabis Pollen Last When Stored? May 6, 2020, Johnny Green